Unless you are creating your own specific colors, the differences between the packages seem to be fairly superficial. Am I missing something that makes one package better than the other?

Note: I only use the packages to add a little bit of color here and there to my documents. I'm by no means an advanced user, but I want to know which of the packages are preferred and for what reasons.

Edit: The xcolor package documentation states: Its purpose can be summarized as to maintain the characteristics of color, while providing additional features and flexibility with (hopefully) easy-to-use interfaces.

So for non-advanced users, its just a matter of syntax preference, right?

All features of color are available by loading the xcolor package as well. I would say that you can always load the latter one since:

Notice that there are other pairs of packages where one extends the other:

(I'm guessing a lot here.) I think that it is down to the way in which PGF inserts colours in to the output file. To see this, it's worth reviewing the levels in the TikZ/PGF system.

from which we can see (and tracing back through the definitions, this gets clearer) that even if we've defined a colour name, it is the CMYK values that get put in the file.

The point is that PGF cannot know that it is possible in PDF to alias colours, because it doesn't know that the final output will be PDF. So it translates the colours to their raw values. And 0 1 1 0 setcmykcolor isn't the spot colour.

A lot of the above is speculation, I'll admit. Here's my evidence for this being the case. If you compile the PSTricks file above and look at the PS, you'll find that the drawing code is:

But if you compile the TikZ version and look at the PS, you'll find:

So the RedSpot gets put literally in to the PS from PSTricks but is translated back to 0 1 1 0 internally by PGF first.

The clincher is to do the following. Edit the PS file and replace the 0 1 1 0 setcmykcolor by XC@RedSpot. Then do the gs and montage stuff, and you get: 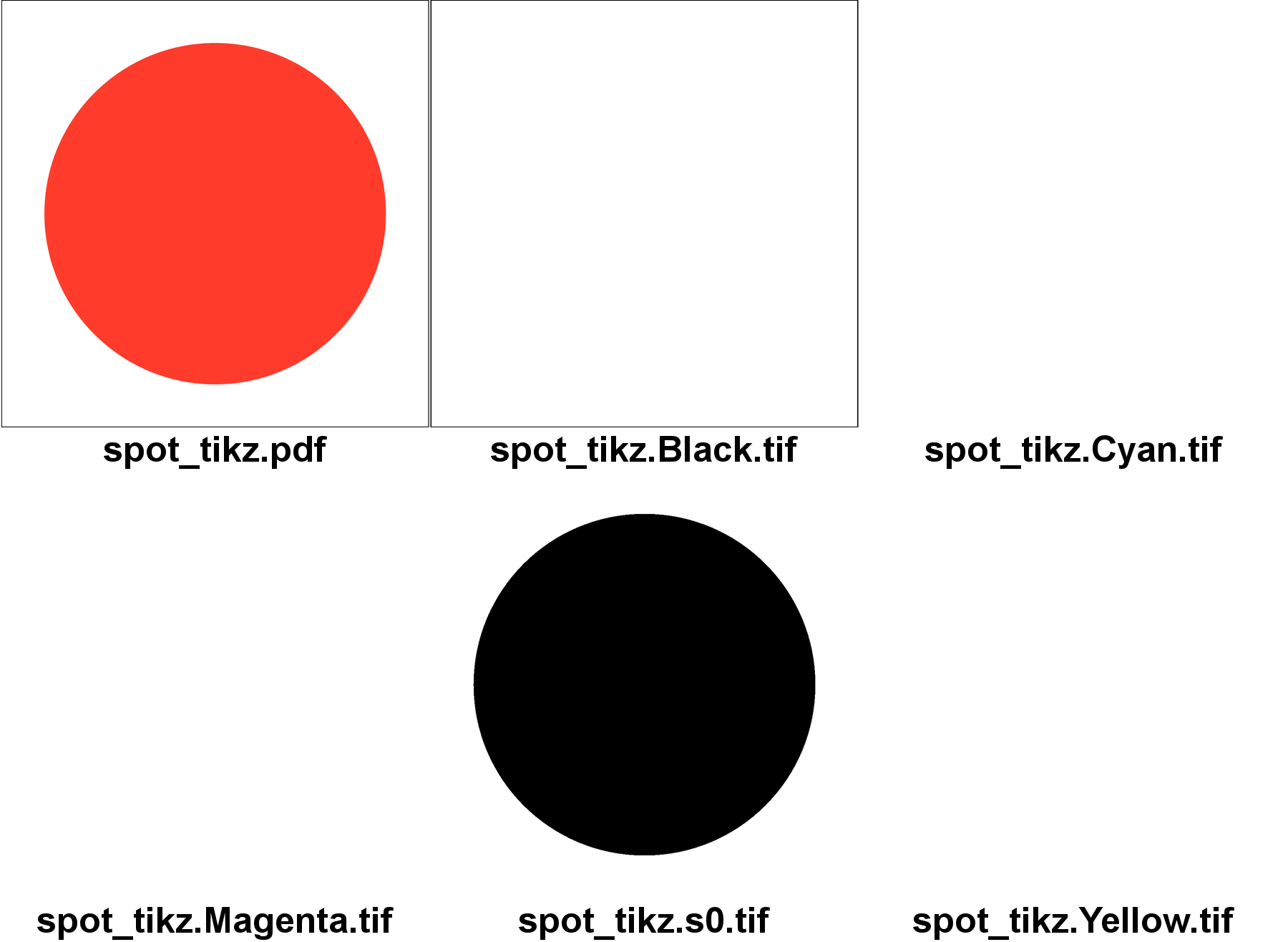 which is what you wanted.

However, editing the postscript isn't a great way to do this! Here's what I think you'd have to do to use spot colours in TikZ. I think you'd have to define a new colour model, say spot. You'd then tell PGF that the spot colour model is to be treated specially in that the name of the colour is to be used (or at least XC@<name>). To define a spot colour, you could (I think) use xcolor to define it using one model and then convert it to another. That would ensure that the definition got in to the PS file (which it does already). I don't know how to do all those steps, because it relies on knowing how xcolor works and I don't know much about that. But that's what I would do.

I suppose the lower cell is filled with colour after the multirow is created, hence covering up its contents. If you instead move the multirow to the lowest row, and use -2 instead of 2, it works better.

To define colours using RGB values, use either 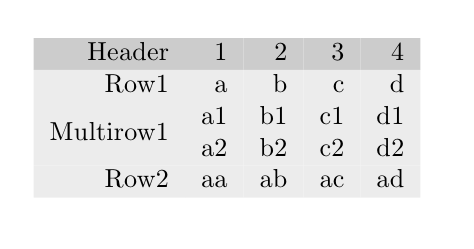