I use the basic approach to produce a caption which includes the section number (the \counterwithin{table}{section} command). However, when I try to integrate a subcaption, I can only produce "Table 1a" and "Table 1b", which does not include the section number.

How can I integrate the \counterwithin{table}{section} command so that section numbers are also included? 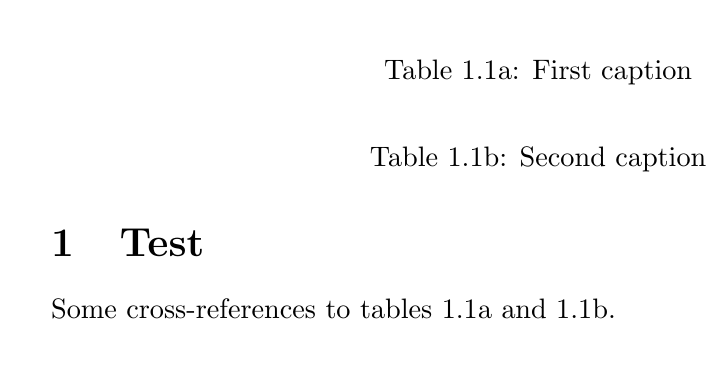 I just ran into the same issue. (It's really annoying when trying to produce print-quality preprint versions of the paper.) Poking around in pnastwo.cls, I found the following fix:

Find the first line in pnastwo.cls which says

Alternatively, if you don't want to touch the class file, you can put the following into the preamble of your document:

One additional comment: once this bug is fixed, you'll almost certainly run into another issue which you'd want fixed if you use the PNAS two-column class to produce production-quality output: Unless you define floats with the h "here" placement, it loses the labels, so all cross-referencing of figures and tables breaks. Here is the fix, for direct pasting into the document preamble. You can also patch up the macro \DonormalEndcol pnastwo.cls, it's the same mistake 6 times over...

There are lots of similar questions around:

Macro with optional arguments into arguments of another macro