I am writing my PhD thesis using LuaLaTeX and unicode-math, and I would like to use some font different from Computer/Latin Modern, at least for the printed version. It is a thesis in theoretical physics, so a lots of math. As a consequence, I am first choosing the math font.

I would like to obtain a professional appearance, but I am not able to tell if a font is better than another for a PhD thesis in science. So I prefer to stick to some standard choices that are known to produces high quality results without fine tuning. The only feeling that I have is that the Computer Modern font, ubiquitous in the scientific community, looks like a bit to "light" for my taste.

I am using sans for headings. If the exact same font is not available, I could use a similar one that is a good match for STIX Two. Have you suggestions?

Thank you for any suggestion.

i've checked with the font developers charged with "cleaning up" the stix 2 fonts.

the basic text font is modeled on times roman, as noted.

the sans and monospace characters in unicode plane 1 are the outlines from stix 1. they are both slated for cleanup and some redesign (but as far as i know that is not yet scheduled). the developer says this:

I don't know if you could say that there is a direct model for any of the sans, it is simply intended to work decently with the rest of the font stylistically. The math monospaced glyphs are also the outlines from 1.x, [...] but as with most other math monospaced are a modified Courier.

regarding selecting compatible fonts for sans serif and monospace text, again from the developer:

I think if one had to choose a matching Sans, there are a number of candidates, but yes, Helvetica and Courier are as good as any, if we consider availability issues.

there is plenty of advice in other questions on this site regarding adjustments in relative size (e.g., normalizing x-height) to these fonts for the sake of compatibility of appearance.

The Arev font family has no standard way of scaling fonts, so we have to avoid loading the font description files; I just copied the contents of omlzavm.fd and modified it, adding a scaling factor. The computation of the scaling factor could be made automatic, but the .78 factor seems to be good.

To avoid ambiguity, for new readers landing, it may be helpful, for reference, to have a visual on the unicode blocks. 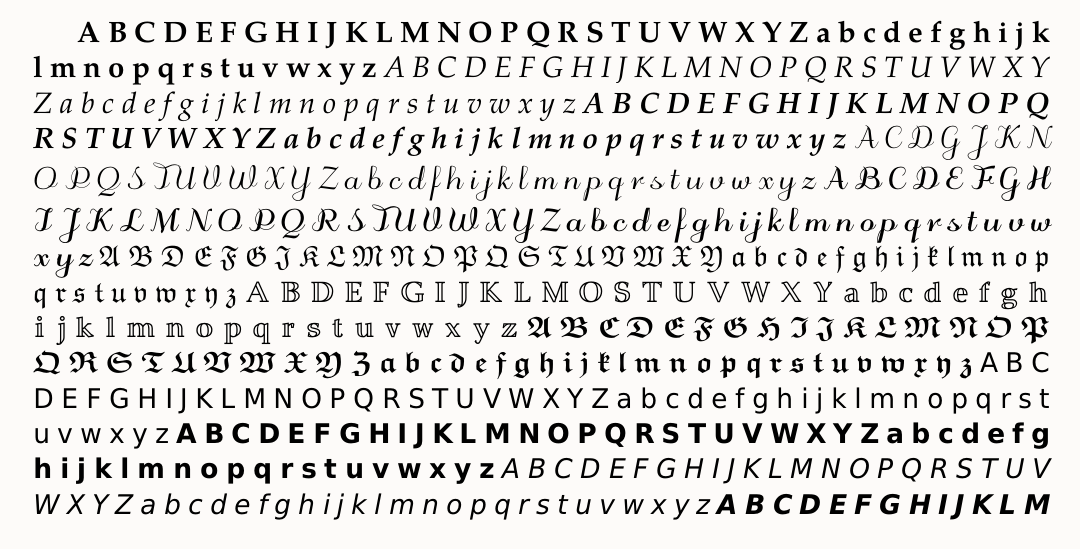 (Sidenote: Because of the organic way Unicode has developed, some of the more famous mathematical symbols are located in the earlier Letter-like Symbols block:

By comparison, the Fira Sans Math font's MAS is much smaller: