I have several questions regarding the use of definitions and theorems in the beamer package. Here is an example:

I have several modifications I would like to add, but I don't really know how to do them myself in Latex.

If you disable the automatic creation of Theorem blocks by beamer and do like the usual way using amsthm you can format all easily.

So, the option notheorems disable the automatic process and then you have to define the environments by yourself. Thus you can specify the style and the numbering. 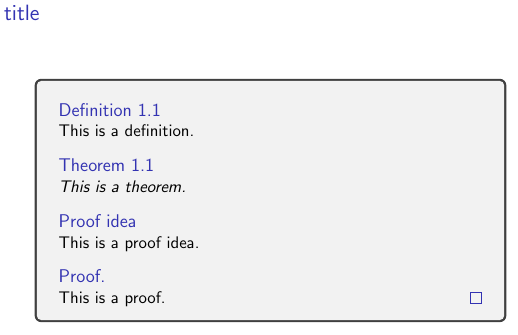 If you don't want to do by hand as above, then:

For 5 according to the user guide (pg 119), use the option envcountsect within the document class

Note: 4 is not related with numbering. Just use inside the frame

to insert a title for it.

[Tex/LaTex] How to number theorems but not definitions

These two packages introduce also the concept of "theorem style" that helps to get, for example, upright text inside the definition environment. For amsthm it would be

This solution redefines the thm environment and adds the proof argument to it, which is later on written to the appendix section automatically.

It will also write a \section{Proof of Number...} to the appendix, which has to be included with \CollectProofs

It is not restatable at the moment! 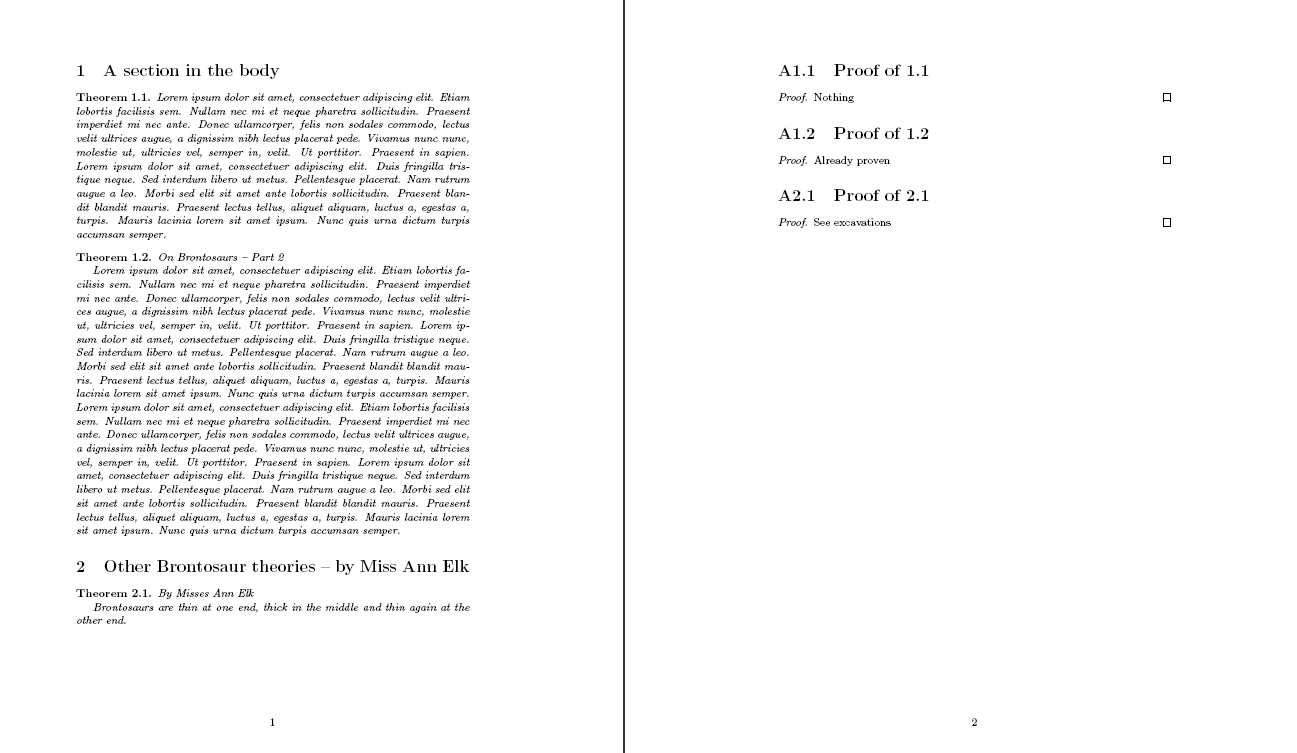