This question already has answers here:
Closed 9 years ago.

Possible Duplicate:
Is there any way to do a correct word count of a LaTeX document?

is there any way to count the words in Latex?I don't want to count it from my pdf but straight away from my main code….Thank you very much

TeXcount might be of some help to you. Also look at this answer.

This is in the UK TeX FAQ. The solutions suggested are:

You can use texcount to count the words. It automatically produces subcounts for the sections.

Here's a new macro that calls texcount, extracts the subcount for the current section, and then inserts the word count into the document. It requires write18 to be enabled, and texcount must be in your path (or you have to include the full path to the executable in the macro). 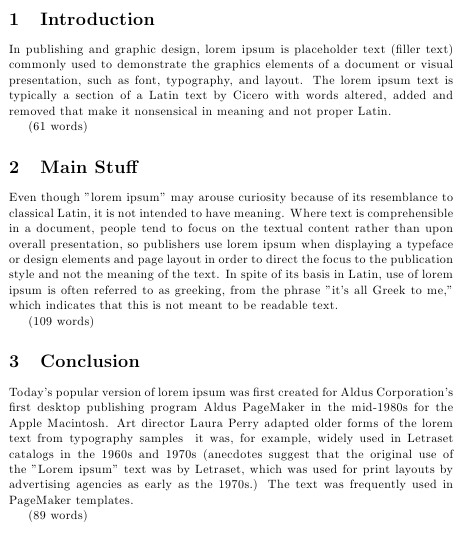