I can't get this document to compile:

It fails when I add that last draw command, saying Package pgf Error: No shape named 311r is known., and another with "310e" instead of "311r". I just need to be able to draw lines with nodes as the anchors. Can anyone tell me what I am doing wrong?

As said in comments you have to name the nodes, this means all you need to is

Anyway, your code looks interesting, because of the unnecessary pgfsetstrokecolor, definecolor and the exact positions. Are you sure you need them? Maybe \usetikzlibrary{positioning} will help you (16.5.3 Advanced Placement Options in the tikz/pgf manual). 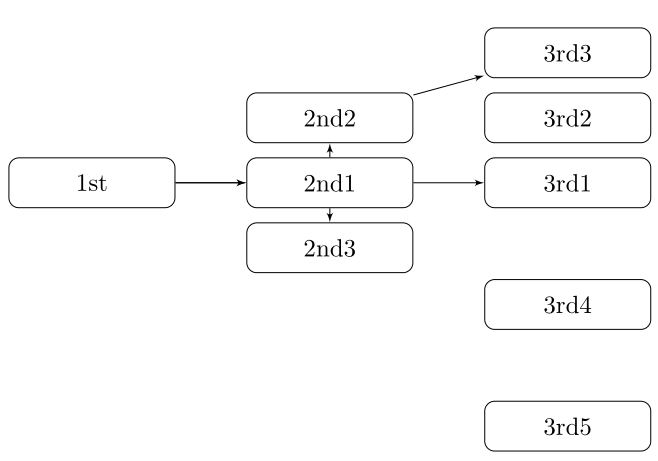