I am including, using the enumerate environment, some sections from legislation.

In legislation, it is common to indicate subsections which were added later through the use of letters. So, for example, we might have:

I'm having trouble inserting '(1A)' as an enumerate counter.

When I use the enumerate package, and do:

the package appears to treat 'A' as the counter, and outputs '(AA)'.

When I try to use setcounter, as in:

How can I insert (1A), or similar letter number combinations, as an enumerate counter?

I'm not awfully fussed that it actually count correctly; I'm just after identical formatting to a normal enumerate environment.

This introduces a command \addeditem which uses itemtopnumber itemsubletter, i.e. 1A 1B etc. if necessary, however there is some 'bug' that the counter is not correctly advanced, I try to figure out why, so that one has to reset it manually at the moment. 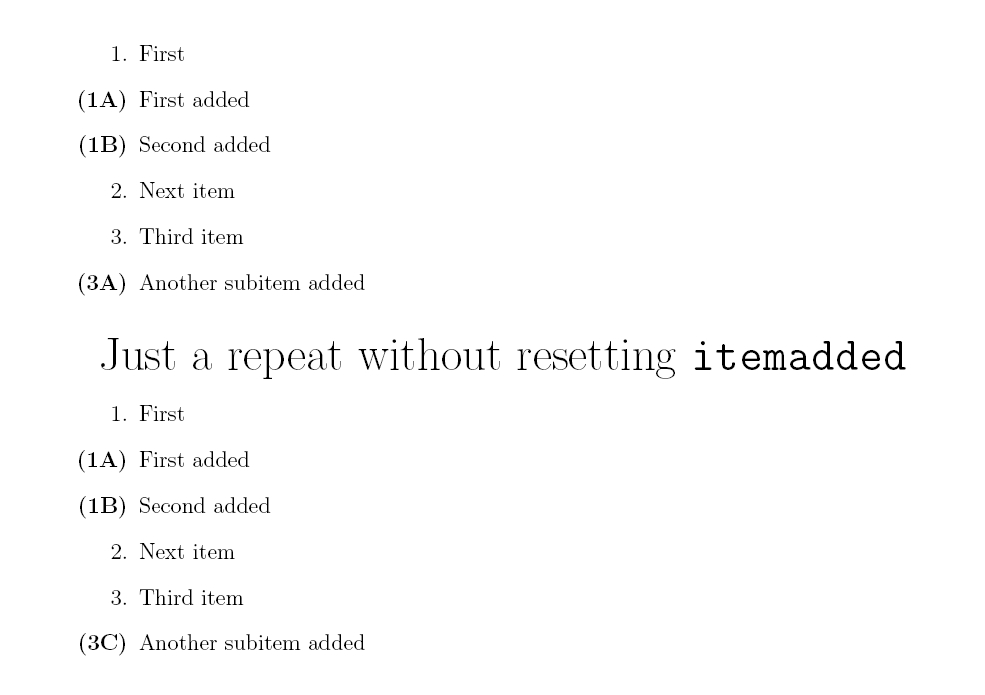 [Tex/LaTex] How to combine label and counter in enumerate

There are fancier newer packages (eg enumitem) but the core latex distribution has an enumerate package that lets you do: