I've recently seen in the second edition of Reinforcement Learning: an introduction by Sutton and Barto an appealing way to display pseudo-algorithms. In the following an example image.

This is the code of what I've done so far:

This is the result: 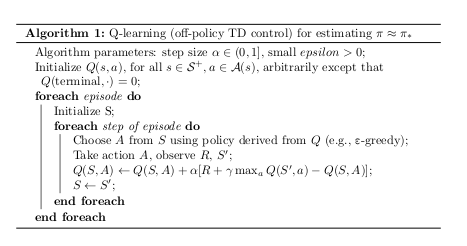 Basically, it's only the algorithm part. I don't know how to start to change its appearance since in the documentation there are very few commands to change the visual effect and none of them seems helpful.

I missed the part in the algorithm2e manual when it is stated that the option H makes the environment non-floatable, thus it could be put inside the tcolorbox environment.

This is the updated code:

This is the visual result: 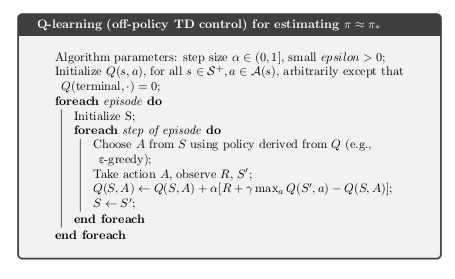 Usually, I don't post self-answered questions. This was a genuine question but I found the answer five minutes after I posted it. Since it could be helpful to others I will leave it here.

This flushes them right, padded to the longest comment, so the // line up. It takes a couple of runs to get the measuring. I added some $ to avoid errors that were generated when I tried your MWE. 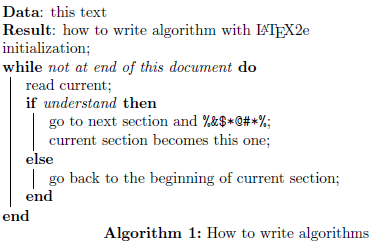 The verbatim content is stored in \mycode first using the lrbox environment. Subsequent usage of this box is via \usebox{\mycode}.

If it's not really necessary, using \texttt{..}, say, would (should) suffice. The decide here would be based on whether you have funny characters included in the part you designate as requiring verbatim.