As demonstrated by the following MWE, I've placed a simple image in the margin of a document. What appears to happen is the caption text is vertically aligned with the line that I type the \marginpar command on, and the image sits above it. Is there any way I can make the top of the image be in line with the line of text in the body where I include the \marginpar command? I need to be able to do this to accurately have an idea where images are going to appear when I typeset a textbook I'm making.

Please don't mind the incredibly not straight line I tried to draw to emphasize my point. 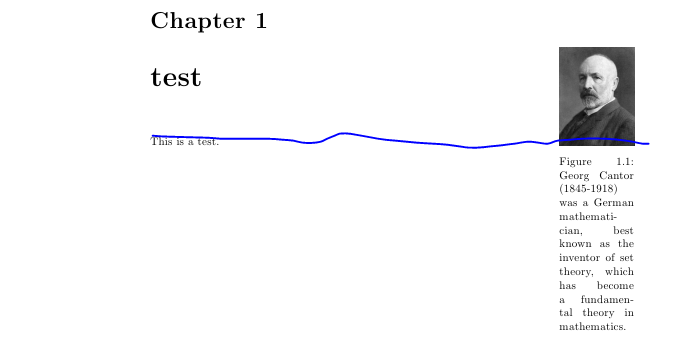 This worked very well. Probably not the optimal solution, but it does the job for the time being. Thanks very much La Raison.