Roughly speaking, how do we create a font from scratch? What software is needed? Is there free software to do this? Please guide me step by step because I am a newbie in this field.

I cannot imagine how a font is created. In my imagination, each character is created using a vector graphics editor.

As stated in this tutorial, there are several ways to design a font. In any case, you will need a software for font editing. FontForge is a powerful and free font editor. In particular, it can generate TeX font metrics, in order to use the fonts with TeX. Moreover, it can auto-hint the fonts, which is essential for good on-screen viewing.

Another way to design a font is to describe the glyphs in a special programming language like Metafont. This has the advantage that you can use parameters to generate different weights and styles using the same program. For example, the Computer Modern fonts have been designed this way. One drawback of MetaFont is that it only generate bitmap fonts, which do not scale well. MetaType1 on the other hand can generate PostScript Type 1 fonts directly, but imposes some limitations on the constructs you can use.

Type design can be hazardous to your other interests. Once you get hooked, you will develop intense feelings about letterforms; the medium will intrude on the messages that you read. And you will perpetually be thinking of improvements to the fonts that you see everywhere, especially those of your own design.

I had a similar problem, and I solved it as follows. Note that I use a Mac, so the directories and commands are appropriate for Unix-like machines.

Suppose that the document you wish to use in a vector graphics program is called test.pdf and located in /Users/me/Desktop/. Enter the following commands into the terminal:

You will get a file called test-out.ps on the Desktop that has all the letters and symbols in test.pdf traced out with vectors. This approach uses ghostscript, a nice little tool on Unix and Unix-like machines. I found this script somewhere on the internet, and I wish I could give credit for it, but I can't remember which forum I found it on.

Here's an example of the input pdf and the result viewed in Illustrator. You can see that we've got nice vector paths.

And zoomed in on one part of the vectorized file: 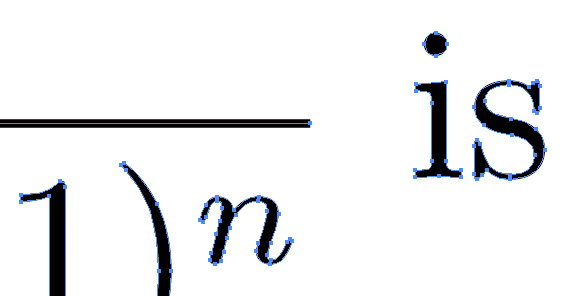 Wow. I didn't think this would have such a huge effect.

In these two systems, ConTEXt first attempts to find the font using the official font name. If that doesn't work, then it tries to use the font by file name as a fallback. Since this is not very efficient and also because it may generate —harmless, but alarming looking— warnings it is possible to force ConTEXt into one or the other mode by using a prefix, so you will most often see synonym definitions like this:

I decided to try [name:GentiumBookBasic ...] instead of just [GentiumBookBasic ...]. (As shown in my edited question, I had already tried [file:GenBkBasR ...], with no success.) I didn't think using name: would make much difference, if any, since according to the above, the official font name is tried first anyway.

But it made all the difference in the world.

All the warning messages I had seen disappeared. I searched the output in vain for any mention of mktexnam, mktextmf, etc.

And more importantly, the render time went from 9 minutes down to 13.5 seconds!

I'm still puzzled as to why I was having the "not very efficient" (i.e. 40 to 60x slowdown!) problem before I started using name:. I suppose ConTEXt was searching for the font by filename first instead of by official font name first, contrary to the documentation (which might refer to a different version). Still, should it have taken that long?