Hence, I resort to TikZ. But, it seems to be very difficult drawing arrows precisely in TikZ with the precise locations (x,y). I have achieved this: 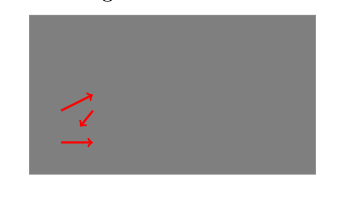 Here is the MWE:

Now, my question is

How to generate arrows of random length (between 2cm and 3cm) and random inclination (if possible of random colors too like red, yellow, violet, etc.) without crossing in TikZ. Is there any function to generate Random Numbers

If not Tikz, pstricks or MetaPost will also do. For now, Asmptote will not work because there seems an error in the execution in my system.

A possibility with random colors, widths, directions, lengths; the image was produced using 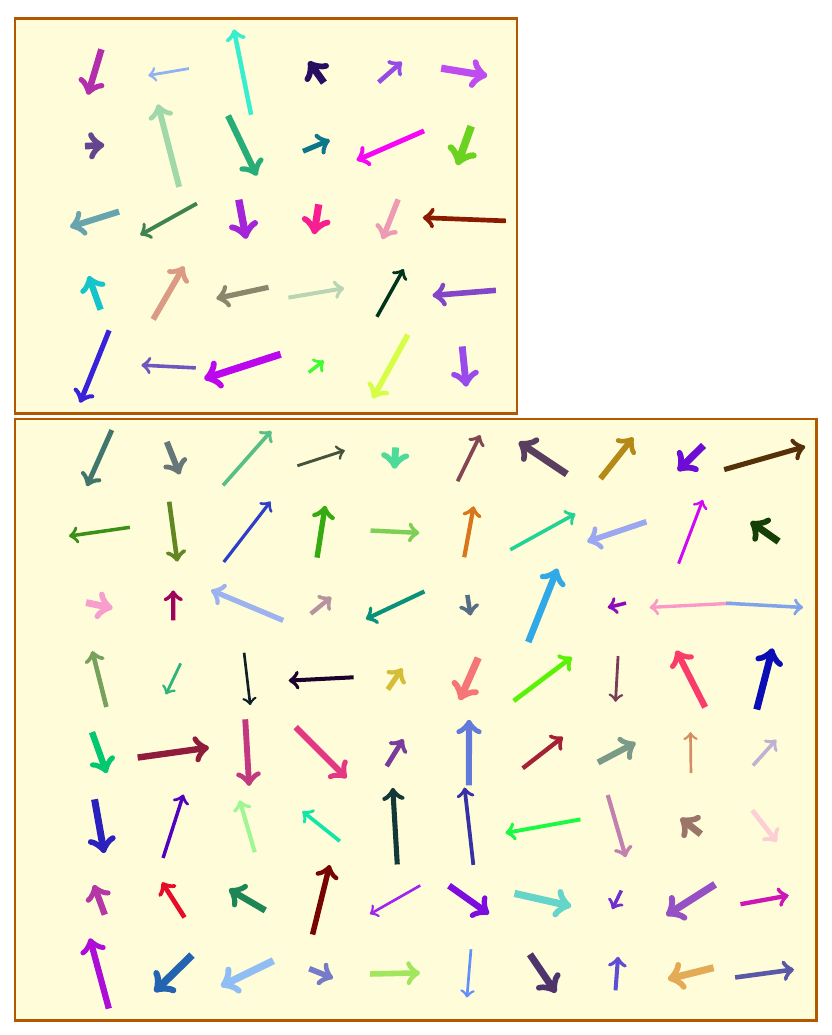 The idea to avoid crossing arrows is to have a grid and place each arrow in one of the squares of the grid.

Introducing some randomness in the grid gives better results: 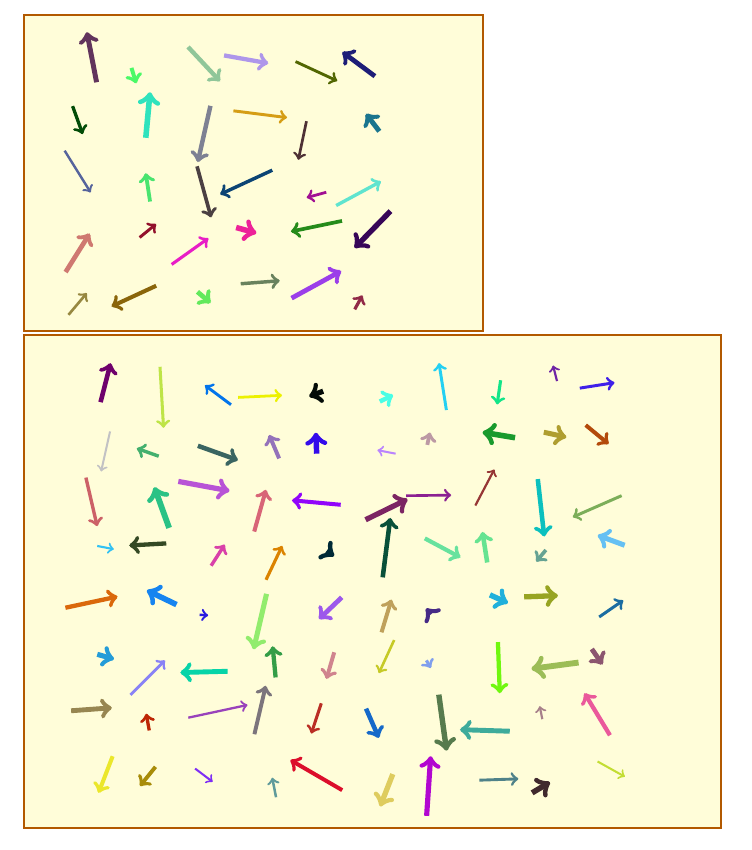 The code adds some completely useless invisible (or rather white) stuff. The lines

draw a white background that is larger than the actual picture. TikZ sees that and thinks it is part of the picture. Simply removing/uncommenting these lines removes most of the whitespace.

Near the end of the first scope,

does the same. Additionally (near the end of the second scope),

adds a blank node below the picture, again enlarging the bounding box.

Removing all those lines gives a tight bounding box.

As far as I know, TikZ cannot do the cropping for you, as it can't know whether the white stuff is intentional or not (there might for example be a dark background behind the image so that white is visible).