This question already has answers here:
How do I find out what fonts are used in a document/picture?

The font in mathematical papers of Elsevier is elegant, as the figure below shows. I'd like to know the name of this font, that contains paconte and the command to call it. 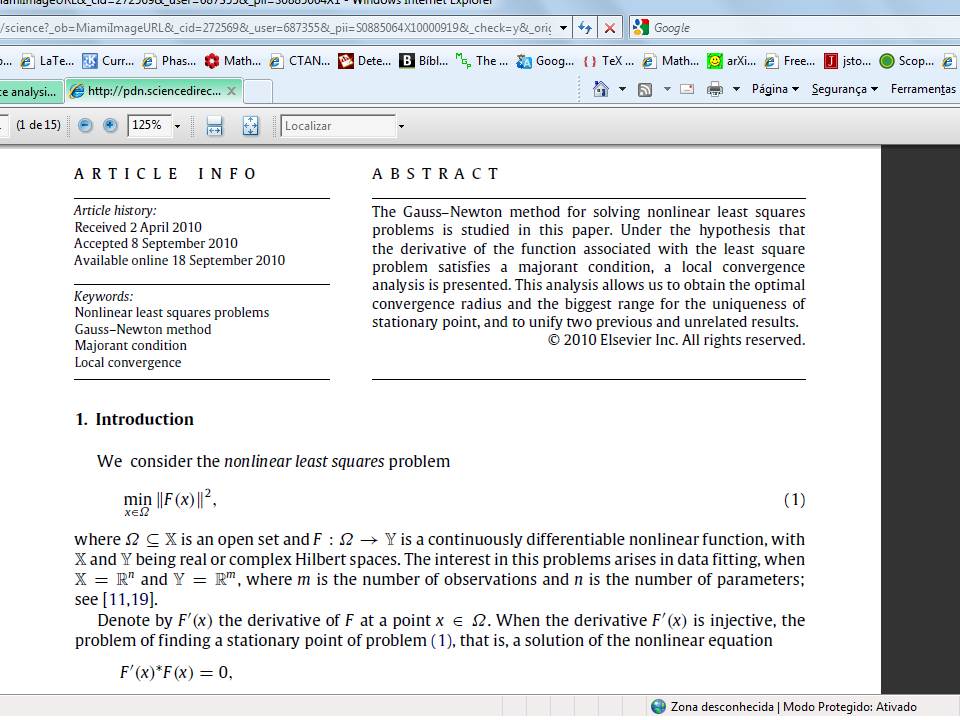 For those who have access to a link to the PDF article is this.

I suspect that this font is protected by copyright and therefore there is a free package it. If this is the case then I would like a font in a free package available.

According to some information on the webpage The elsarticle LaTeX document class, the font used by most Elsevier journals is called Gulliver. The designer of this font is Gerard Unger.

More information about this font may be found at this website. This font is proprietary, and I'm not aware of any "free" copies of this font. In particular, there's no LaTeX font package that lets you load the Gulliver font.

I think the font LaTeX uses depends on the documentclass and other settings, but by default, it should be using the Computer Modern family of fonts. These can be downloaded from http://www.ctan.org/tex-archive/fonts/amsfonts/. I think cmsy-name like fonts contain math symbols, cmbsy-name like fonts contain bold math symbols, cmex-name like fonts even more symbols, etc. Just download the fonts and look at them in the font editor. I am no expert for fonts, but I think they are not unicode and all just support a limited set of characters. They are under the SIL Open Fonts Licencse, which should make them free for non-commercial usage (but better check this by yourself and don't quote me on that ^_^). They are not truetype, but pfb, which can be loaded in Java, for instance, but seemingly cannot be opened natively under Windows.

However, unless you need your text to look exactly like LaTeX' output and/or you need to distribute the fonts with your package, I would rather recommend using unicode fonts like, e.g., Arial Unicode. Using tools like charmap, you can find the right unicode code point for the maths symbol you like and then use that symbol. This way, you can always replace the font with another unicode font supporting the symbols.

[Tex/LaTex] Best Practice: Package for Mathematical Documents – amsmath and Beyond

What about the empheq package

It's OK but more of a "contrib" package than mathtools which aims to be a core extension of amsmath. That is if you want that feature it's a perfectly good package to get it, but otherwise no need to mention it.

Is the fixmath package (link) still needed? Can I achieve the ISO conform formatting also with the mathtools mathtools package?

It was never needed, but if you want that style then again it works. Note it is a mistake to think of "ISO conformant mathematics" That isn't how ISO works. IS0 31 is just one possible style guide that was standard for use by one community (in physics mostly) it certainly is almost never followed in mathematics.

These days you can normally assume people are using a packaged distribution such as texlive or miktex so any font set that is in there will be available or easily installed via package update, which means that there are more choices than in previous eras.

Do you have any further recommendations about good practice

Read a manual before starting, don't use blank lines before a displayed equation, make sure the mathematics is correct not just typeset well:-)