I'm searching for nice predefined chapter headings. I've found the fncychap package, and seen that memoir has quite a few, too.

Do you know other packages that provide predefined fancy chapter styles?

Although the memoir class, fancychap, titlesec and others have some predefined chapter styles, I understand your search for something better.

There are two issues to consider here:

One of the difficulties in the redefinition of chapters, is the different mechanisms provided by the various packages as well as by LaTeX. To complicate matters further the code in the book.cls is spread in at least four chunks.

An approach to overcome the limitations and provide some more general and well abstracted routines to define a key-value approach similar to those provided by PGF keys. I have done some work in this respect sometimes back and a typical setting would be:

Although the keys and the code might at first glance seem overwhelming it can be greatly simplified by the use of styles. So once a set of keys has been defined it can be stored in a .style command. Another advantage of this method is that community settings can easily be incorporated by the use of libraries. This is important for TikZ based designs, where the shapes and complexity cannot be abstracted easily if at all.

This brings us to the second part of the issues associated with chapter re-definitions: typography. The chapter look and feel must blend with the rest of the design. Consider for example the following two images: 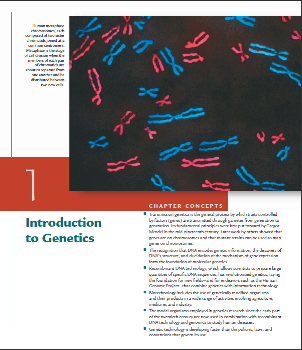 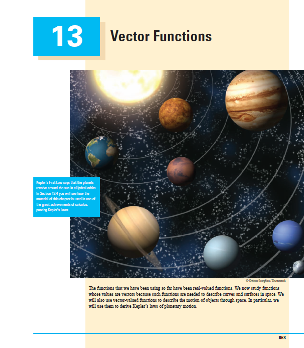 It is no good only having definitions for chapters. The style should extend to exercises, tables, sections table of contents and the like. A similar method to using a key-value approach might make this task easier and share the styling among the community. Originally I experimented with .ini files and LuaLaTeX for loading them. However, the key value approach is better and more familiar to the community.

I have collected over 50 styles from different books and I have the basic code ready for experimentation (only for chapters).

And now the coding part. First we define keys for all major elements:

The macro contains the typesetting algorithm and hooks into the various keys. To typeset a chapter head the simplest approach is to define a set of keys as styles. For example we can use:

to define the style "manet". The chapter is then typeset as:

Giving us the following result: 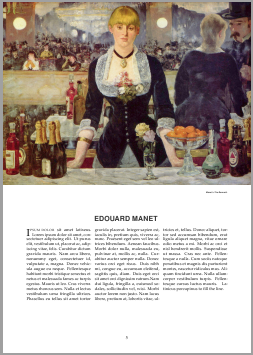 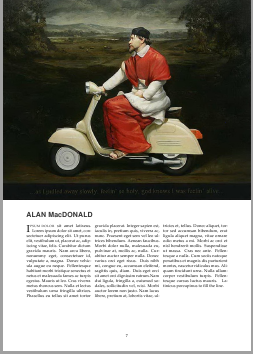 With slight variations, we can inherit the style and get the "cardinal on a vespa chapter":

Additional keys can be defined if necessary to cater for all fields.

Chapters made out of only textual components are easier to define. You just set the style number. 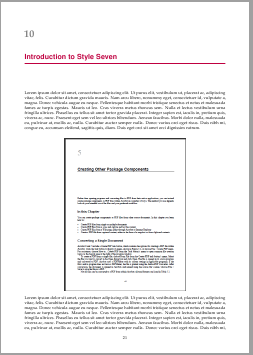 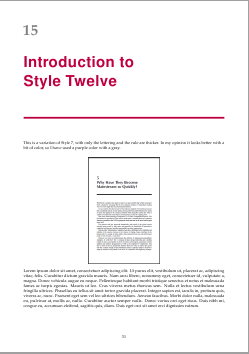 Special chapter openings need a different treatment and are best described as environments, as they tend to have many textual components as well as images: 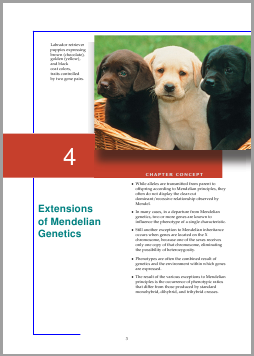 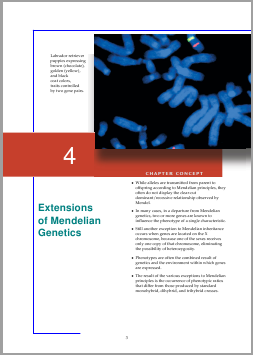 The second image above had only the image key changed, just to illustrate the technique. As a point of interest the images were placed with traditional boxing techniques rather than using tikZ or picture commands. The shading was achieved by stretching a "shadow" image file, pretty much like it was used on the web in the pre-html5 days.

Please ping me at chat, if you have any other interesting designs that we can add to the collection.

[Tex/LaTex] Examples of “styles” for section headings with memoir

From the memoir manual:

As well as the emulated packages memoir provides functions equivalent to those in the following packages, although the class does not prevent you from using them: fancyhdr, framed, geometry, sidecap, subfigure, and titlesec.

So is there evidence that memoir and titlesec don't "play nice"? Yes. Although the following example appears to work, some things do get broken. In particular, memoir allows for two optional arguments in a sectioning command (one for the header and one for the TOC) but this will be lost with titlesec. See the following question for detailed discussion: