I was wondering what some differences and relation between common plotting packages/environment:

for choosing when to choose which, considering:

For powerful graphics I would recommend Asymptote. It has a C++ type object orientated syntax and is not that difficult to learn (I can still not figure out any the tricks of TikZ ;-) I would say some of the main strong points are (but look at the gallery on the webpage):

It is also very good with large data sets and the manupulation thereof. I have used one graph template for all the graphs in my PhD to obtain the same sizes, line thickness, markers, etc. It is also fairly easy to do the figure below where the data was imported from a Discrete element Simulation and manipulated in Asymptote 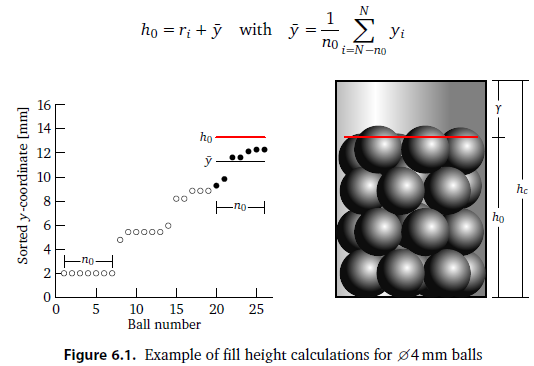 Besides supporting a Lua interpreter, LuaTeX brings to pdfTeX quite the same changes as XeLaTeX (native Unicode support, support for system fonts).

For this reason, the question you linked to applies to LuaTeX as well, modulo the answers to this question about migrating from XeTeX to LuaTeX, which shows that apart from microtype support and font names, LuaTeX- and XeTeX-specific codes are mostly compatible.

babel works fine with LuaTeX as far as I can tell. At least with frenchb, I haven't had any issues.

Besides fontspec (which also works with XeTeX), there's more and more packages that use Lua to provide features. As an example, I have recently released the impnattypo package which has some LuaTeX specific features (thanks to Patrick), and I have more coming (such as the unreleased overcolored package).

While I’m no expert in either XeLaTeX or LuaLaTeX, I’ve used both a bit, so I’ll try to write up some things that I’ve noticed in the “front-end” superficial user level.

... is the standard way of using fonts with both engines. I haven’t noticed remarkable differences in the outcome or font selection, but according to the comments to this question, there seem to be some.

This means, of course, that neither inputenc nor fontenc should be used. Do make sure to save your .tex file in UTF-8.

Version 2.5 from 2013-03-13 seems to have improved XeLaTeX support a lot. For LuaLaTeX (and pdfLaTeX), protrusion and expansion are supported; for XeLaTeX it’s only protrusion. Since microtype typically works great without further configuration, you can simply load it for any of the engines.

polyglossia only works with XeLaTeX. A minimal setup of babel works with both engines (I think a recent update also included some improvements for XeLaTeX, is that right?), but the package description on CTAN still says: “Users of XeTeX are ad­vised to use polyglos­sia rather than ba­bel.” Hence, I’d follow that advice and use babel with LuaLaTeX (and pdfLaTeX), but polyglossia with XeLaTeX. That’s certainly the way it used to be.

On up-to-date systems, this package should not be necessary at all – that seems to be the verdict here on tex.sx. If anywhere, it should only be used with XeLaTeX; in fact, it produces an error message in LuaLaTeX (unless it’s loaded after fontspec).

While there probably are some packages specifically tailored for XeLaTeX, I would assume there are (and will be) many more for LuaLaTeX, making use of the scripting language Lua being tightly tied into the engine. Two that I have used so far are Patrick’s lua-check-hyphen, enabling you to easily check all hyphenations that occur in your document, and Mico’s selnolig (announcement on meta), which automatically suppresses typographically undesirable ligatures for English and German, based on an extensive pattern list. (Check it out.)