But when the items known for the same author are not single-authored, the alphabet takes over and suddenly there will be items that were published later on (publication year), but appear in the bibliography before other items that were published earlier. A simple example would be: Joe (1972), Joe (1980), Joe & Mike (1999), Joe & Frank (2016), Joe & Mike & Tom (2000), Joe & Mike & Alexander (2011). Using the apalike style the bibliography would order them in the following way:

but I would like to have it this way:

Following Natbib sorting and citation order by appearance I tried to create my custom BST, which was supposed to be similar to apalike but circumvent the abovementioned issue. What I managed to do, is better than the original apalike style, but still not exactly what I want.
When generating the custom BST using latex makebst I choose the following relevant options:

Single-authored items will still be ordered as I want. But with this new custom BST also "Authorname et al." items will be ordered as I want, i. e. following the year of publication after having checked the last name of the first author (what is actually checked is the label, but we shall not be concerned by this). What remains a problem are items which have exactly two authors (obviously, because for these no "et al." label is generated). These will still be ordered according to the alphabet. To take the example from above, I will get:

This generates the following document (only first page shown): 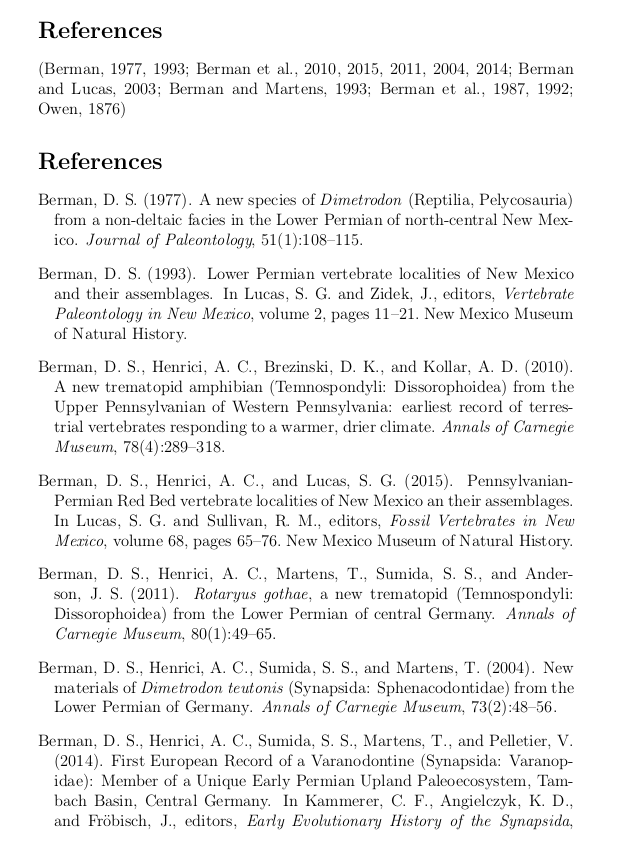 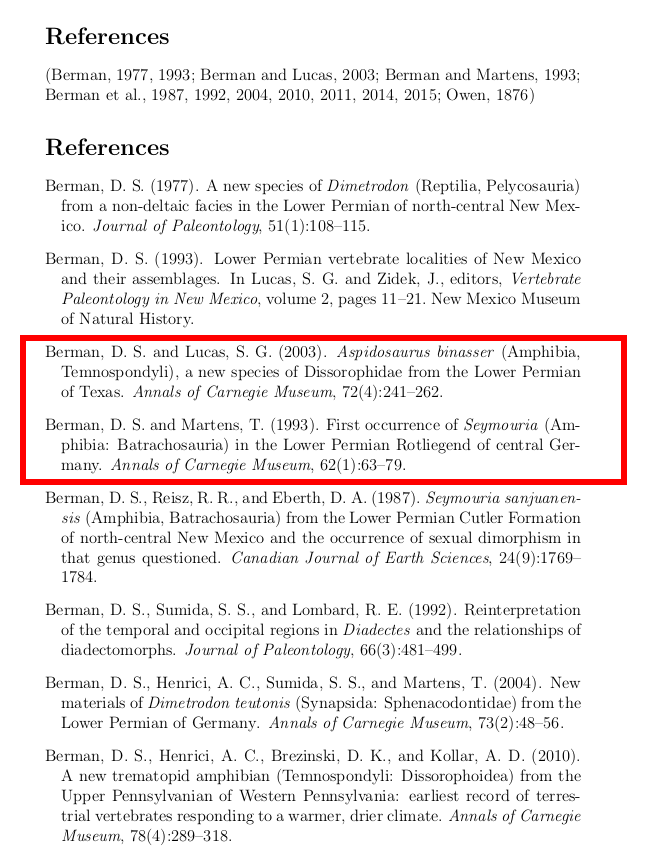 Note, that with the custom BST we are close to what I want to achieve. But the items with two authors do not follow the pattern I envision.

I think it should be pretty straight forward to generate my desired pattern in Bibtex (at least I guess so – there should be more people with this problem?), but I do not how. Note, that using \noopsort as suggested here Sort bibliographic entries according to first author's surname, then year, disregarding any further authors
is not an option, since my bibliography is way too large to make such manual changes.
If possible I would like to avoid having to use biblatex, and I would prefer an option that works for bibtex.

Is there maybe an alternative style that I am not aware of, that could help in this case? Or maybe a change when generating the custom BST? Or is it actually necessary to modify the custom BST manually? If so, how/what would need to be changed there?

As an additional question: How would I need to proceed if I wanted the all entries belonging to an author to just follow the year of publication, i. e. without separating single-authored items from items with two or more authors?

With a bit of playing around it is possible to get apalike.bst to sort entries only by the first author and then directly year and title.

The procedure to modify apalike.bst is as follows.

With the new apalike-onesort.bst your MWE produces a bibliography sorted only by first author, then year and then title.

this adds "1", "2" or "3" after the author name for sorting and forces the desired scheme.

Style file is declared as follows:

and reference to this file is inserted in main tex file

Note that you are loading only the cite-style authoryear-comp with citestyle=authoryear-comp, you do not load the bibliography style. This you can see if you issue \printbibliography, it will have the format you get with bibstyle=numeric.

Because the bibliography style sets the sorting option, you are effectively using the sorting that numeric imposes and that is sorting=nty (name-title-year), but you expect sorting=nyt.

You have two options