I'm confused as to why plot is showing such a steep curve for the gamma PDF. I thought that plotting the draws from an inverse-gamma should approximate the PDF, however it doesn't match the plotted PDF given the same parameters. I take the inverse of the rgamma(), which makes more sense if you can see the variables I'm using. However, I've replaced variables with hard-coded values to keep my MWE brief. I am using R and my code is below:

The resulting graph is:

Then denoting by $f$ the density of your simulated Gamma distribution (rgamma), you have to compare your histogram with the density $$ \frac{1}{y^2} f\left(\frac{1}{y}\right)$$ : 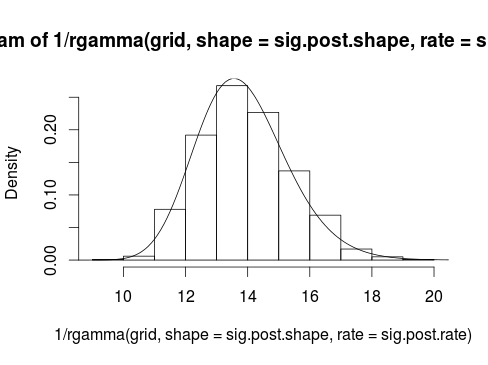 The book you described sounds like, 'Visualizing Categorical Data,' Michael Friendly. The plot described in the 1st chapter that seems to match your request was described as a type of conceptual model for visualizing contingency table data (loosely described by the author as a dynamic pressure model with observational density), and can be seen in the google preview for Ch 1. The book is geared towards SAS users.

A paper on the topic is referenced here: www.datavis.ca/papers/koln/kolnpapr.pdf 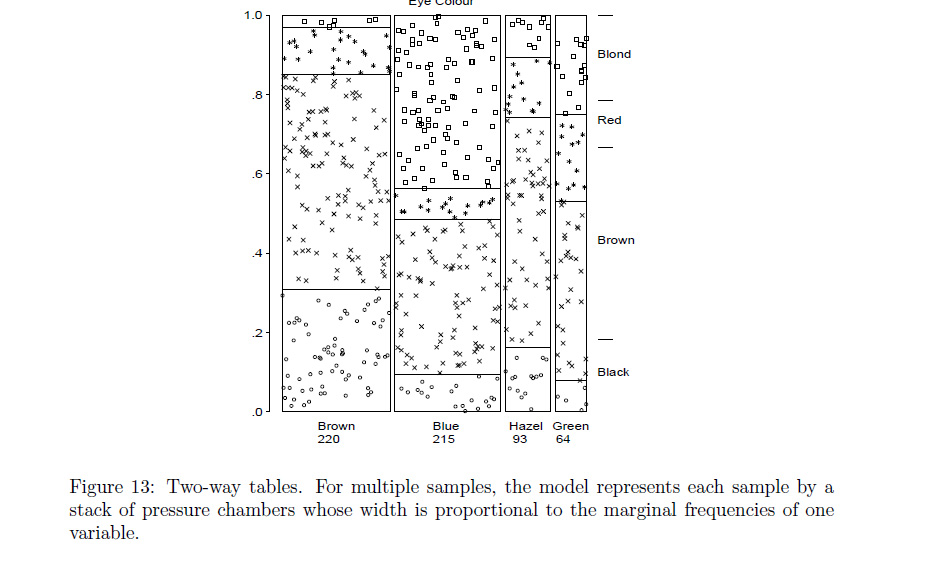 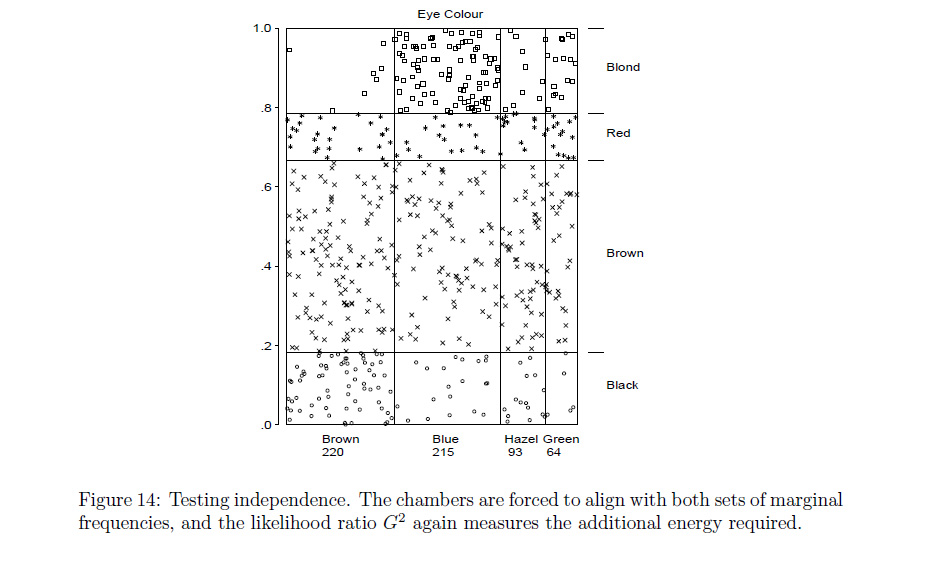 *incidentally, the author is also listed as one of the authors of the vcd package (as it was specifically inspired by his book mentioned above) -- maybe you could ask him directly if there's a simple modification to one of the built in functions that's not readily apparent.