I am generating correlation matrix by some new algorithm. Generated matrix is non positive semi-definite matrix.

I'm getting a few negative eigenvalues. The rest of eigenvalues are quite equal to the ideal matrix.

Can I use that non positive semi-definite matrix? If not, why?

If my estimated correlation matrix has all positive but complex value and imaginary terms are close to zero then is it possible?

A correlation matrix is really the covariance matrix of a bunch of variables which have been rescaled to have variance one.

But every population covariance matrix is positive semi-definite, and if we rule out weird cases (such as with missing data, or "numerical fuzz" turning a small eigenvalue to a negative one), so is every sample covariance matrix.

So if a matrix is supposed to be a correlation matrix, it should be positive semi-definite.

Note that the semi-definite is important here. In the bivariate case, take your two variables to be perfectly positively correlated and then the correlation matrix is $\pmatrix{1 & 1 \\ 1& 1}$ which has eigenvalues of $2$ and $0$: the zero eigenvalue means it is not positive definite.

Other answers came up with nice tricks to solve my problem in various ways. However, I found a principled approach that I think has a large advantage of being conceptually very clear and easy to adjust.

In this thread: How to efficiently generate random positive-semidefinite correlation matrices? -- I described and provided the code for two efficient algorithms of generating random correlation matrices. Both come from a paper by Lewandowski, Kurowicka, and Joe (2009), that @ssdecontrol referred to in the comments above (thanks a lot!). 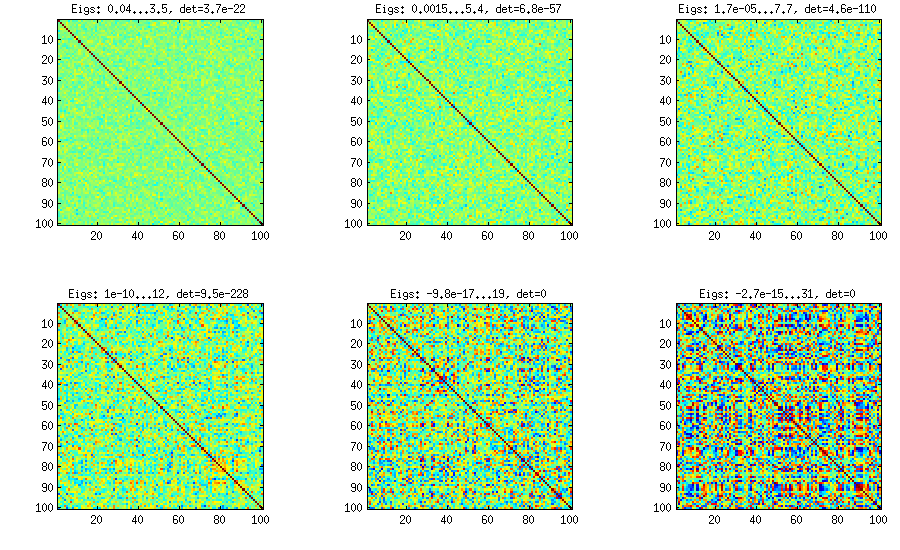 The only thing that changes between subplots, is one parameter that controls how much the distribution of partial correlations is concentrated around $\pm 1$.

I copy my code to generate these matrices here as well, to show that it is not longer than the other methods suggested here. Please see my linked answer for some explanations. The values of betaparam for the figure above were ${50,20,10,5,2,1}$ (and dimensionality d was $100$). 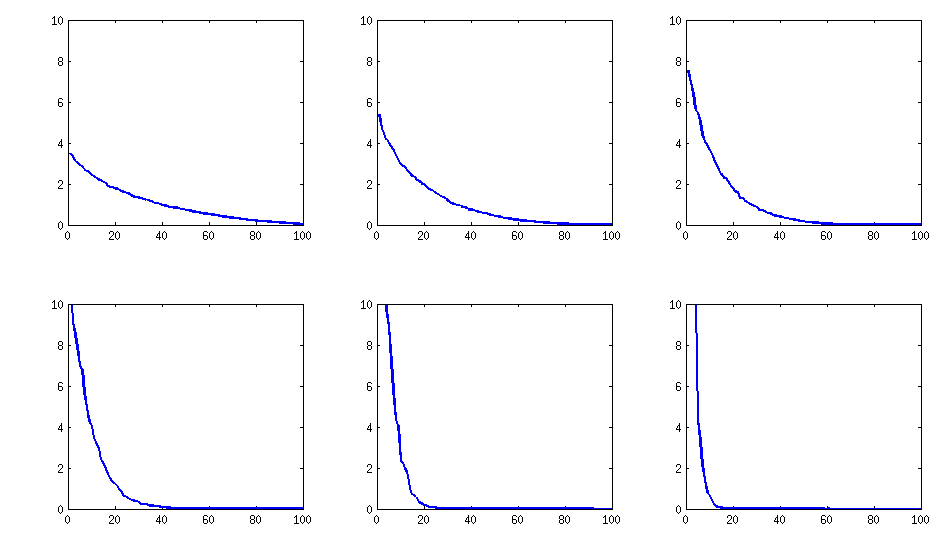 Similar to what @ttnphns wrote in the comments above and @GottfriedHelms in his answer, one very simple way to achieve my goal is to randomly generate several ($k<n$) factor loadings $\mathbf W$ (random matrix of $k \times n$ size), form the covariance matrix $\mathbf W \mathbf W^\top$ (which of course will not be full rank) and add to it a random diagonal matrix $\mathbf D$ with positive elements to make $\mathbf B = \mathbf W \mathbf W^\top + \mathbf D$ full rank. The resulting covariance matrix can be normalized to become a correlation matrix (as described in my question). This is very simple and does the trick. Here are some example correlation matrices for $k={100, 50, 20, 10, 5, 1}$: 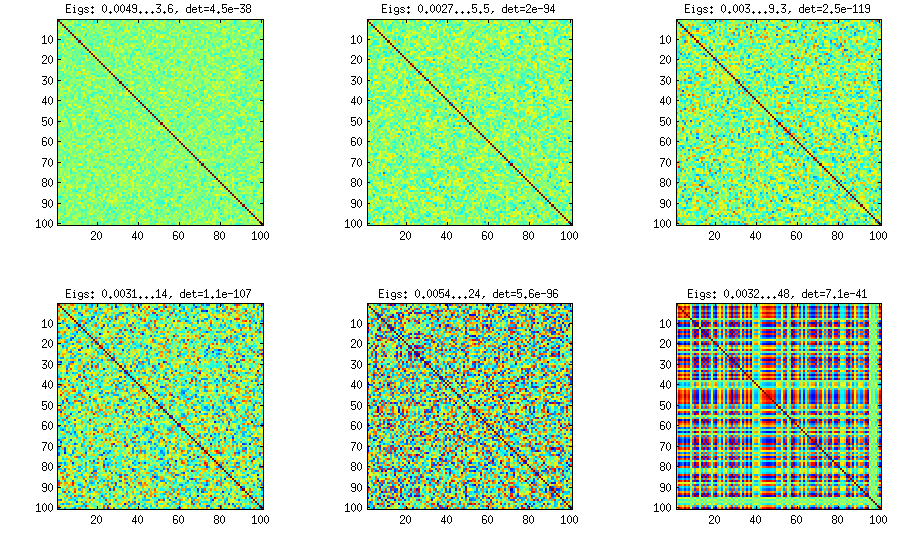 The only downside is that the resulting matrix will have $k$ large eigenvalues and then a sudden drop, as opposed to a nice decay shown above with the vine method. Here are the corresponding spectra: 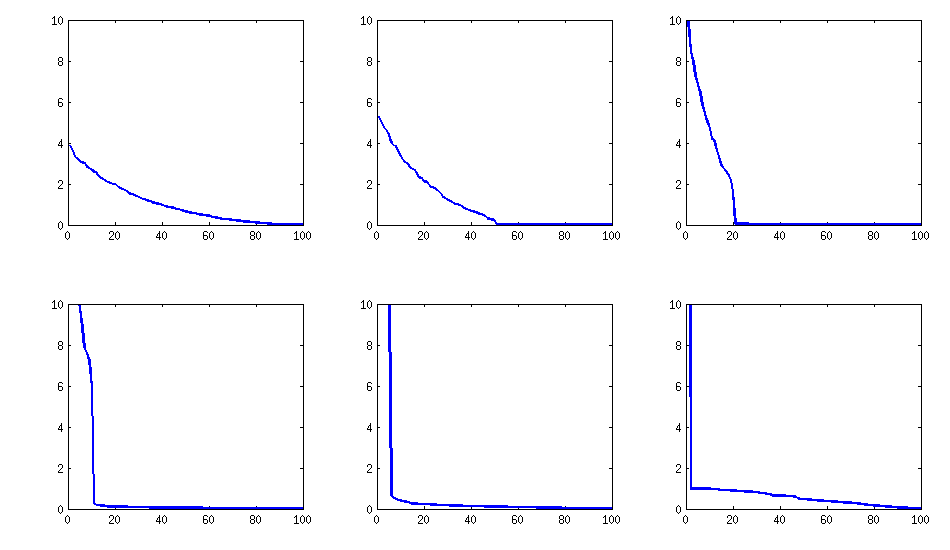 Here is the code:

Consider a scalar random variable X having non-zero variance. Then the correlation matrix of X with itself is the matrix of all ones, which is positive semi-definite, but not positive definite.

A sample correlation matrix, if computed in exact arithmetic (i.e., with no roundoff error) can not have negative eigenvalues.